How we got started…

Born and raised in a town so small that most maps don’t bother to note it the rural town of Cuautla, Jalisco, situated in between Guadalajara and Puerto Vallarta, gave rise to Efren Guitron who migrated to the United States in 1970. He arrived at a small Mexican restaurant in Seattle, Washington that was operated by a relative. The restaurant had much success introducing hometown and regional recipes. Here he learned the unique recipe base, which would underpin the success of the first El Tapatio that opened in Milwaukie, Oregon in the fall of 1980.

With a vision of introducing the Portland area to the Mexican dining experience and backed with the hardworking ethic instilled in him by his agricultural small town upbringing, Efren worked hard to establish the popularity of the first tiny 10 table El Tapatio. Literally, a one man show for the first five years, Efren would tend to the restaurant open to close, preparing the kitchen, and serving the dishes personally to each table. Once his recipes and humble charm won the loyalty of his patrons, the word spread and the people came in droves forming lines out the door. At this time he sought the help of his wife, Rosalina to leverage the popular restaurant and begin a slow but steady growth. 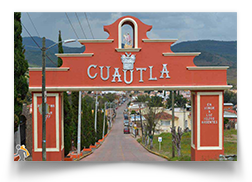 Today, we are still growing…

Today there are 16 locations in the Portland area to serve you. In addition, El Tapatio has a presence in Boise, Idaho serving under the name El Rancho Viejo. 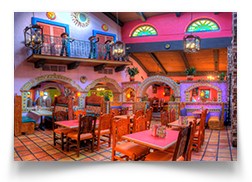 El Tapatio is still a family operated restaurant and is committed to serving quality Mexican cuisine, made with the freshest ingredients. El Tapatio offers traditional dishes such as tacos, burritos, and enchiladas as well as innovative dishes such as our Molcajete dish. The traditional décor and family friendly environments are an ideal place to celebrate special occasions or just come in for a casual lunch or dinner. In addition, El Tapatio offers full service cantinas to wet the tongue with some of the tastiest margaritas and cocktails in town!

Recently, Efren decided that El Tapatio should offer a healthier Mexican option without sacrificing the quality or taste. Therefore, El Tapatio has made small but significant changes in the way it prepares its recipes. For example, El Tapatio does not use lard in the preparation of the refried beans, a healthier canola oil is used instead. In addition, El Tapatio utilizes the healthier sea salt in its recipes and in its table salt shakers. All of our sautéed meats such as fajitas and carnitas are cooked with vegetable, soybean, or canola oil as well.

El Tapatio prides itself in offering great value to its patrons. Your stomach won’t be disappointed with the generous servings and neither will your wallet with the prices. As always, chips and salsa are served to our guests! We hope to see you really soon, Amigos!